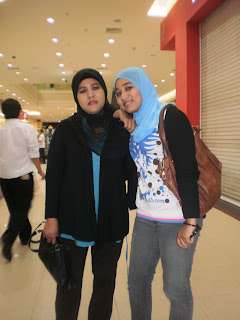 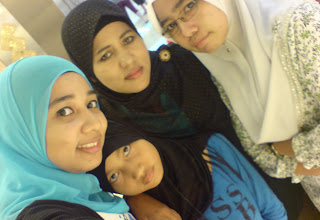 A query –
Is this a rarity or just another excruciating reality which is gradually happenin’ in today’s scenario? Now.. listen -  and see what we can mess ourselves into…

The name  is Hemlatha.
Just another friend. Even thou I can’t somewhat recollect when we launched our debut tete a tete. But she's this sort of  a lady who get panick stricken easily and whenever such situation crops up, she’d call me and subsequently, we managed ourselves to meet up somewhere. She had this  weird idea that a writer is one sort of badan kebajikan. Well.. it’s okay, really I don’t mind!

This Hema carried quite a heartrending story with her.

It’s a kinda story which made you feel sick or wanna puke many times n it concerned 'bout  the delinquency and d negligence of a person calling himself “a husband” but somehow, very deceptive, deceitful, irrational, unreasonable man who knew nothing of the gist of responsibility let alone to love and care for the wife who had sacrificed everything to the point of breeding his two deserted kids? He hardly spoke to them let alone kissed or hug the still hunger for love’s kids!

I called her Hema. And this woman not once being trodden and trampled by her useless, immoral and worthless good for nothing husband. Paradoxically she still call him husband thou’! Eiiya....makes me sick..

The last time we embarked our serious conversation, she poured everything which seemed to grow eternal- like to me. Oddly enough she seemed taken aback when I handed over few bucks to her cute ‘bout 4 to 5 years old grinning son. This cutie kept on patting my knee asking me to respond to his grinning face. Real cute. Know something..? I alwez ‘ve this funny feeling of compassion or adoration for Indian children, aha..wanna know why? Coz they remind me of my ‘Iman’ during her toddler’s years. She looked like one of them and will voluntarily grin and smile to anyone who come up to her. Till now, her cousins and nieces still ejek her Kamala Iman. Since Iman studied in English kindergarten she could hi hi and respond in English pasar to anyone who aproached her. Well ..enough of the nostalgia. Now back to Hema..

He’s a real cute boy. Fair skins. Perhaps they’re Malayalam. She did bring her daughter along with her, but that tiny one just ain’t capable of parting from her mom’s lap. Three year’s old and yet, so tiny. The spectacle slightly infuriated me coz, I did keep hoping for my turn to cuddle her too. Ha ha

After about an hour of rattling then she started pouring this hard to believe but true story. At first I was in awe but then, sympathy got through me after seeing her pushing away her tears compulsively. A distressing story about a hubby who don’t give a shit about his wife or his children. In fact beat them unnecessarily each time he got mad over something.

Out of breath I asked her, he.. he surely got reason? Then came this bleeding shit..

Said Hema, few years ago this ‘man?’ brought his illegitimate wife to live with them. Along with their illegal ‘one daughter and two sons’. This ignorant conceited woman only few years younger than Hema herself who’s about thirty.

“Kak, lepas dia datang, he never visited my room. Never patted the kids, never even talked to them nicely just scorns and scoldings now and then. He only sleep with her during these years and always brag to me how better she is compared to me.”

“Proceed!” said I who already choked.

“Akaak..”geleng lagi stail Indian. “He said I’m stupid. N that  I don't  know how to cook his favourite meal and don’t know how to amuse him in bed..”

Damm..! It was just another snitch from the bloody irresponsible devious man who misinterpreted the exact meaning of the sacred word ‘husband’ but still, dared to label himself as husband whilst not really eligible or entitled to marry any perempuan even a whore sekalipun for his lack of conscientiousness. Well after all, a husband ‘such as him ‘alwez free to create tale after tale. Alasan after alasan’ Might it be right or not, he couldn’t care less, as long as he got to do what he desired d most.

Then she continued with a more shocking sequel. She confessed how her husband never bother to hide his habit of snuggling into that worthless perempuan’s blanket with the door partially and slightly released so that she, Hema could witness the horrid spectacle of him depicting his karmasutra’s skill and other performance on the bed. My.. my.. of all the shameless, barefaced, blatant, unashamed couple! Why couldn’t they just go over to the filthy public toilet and copulated there, then that would be better for blank- headed morons like them! Suit them perfectly!

I cajoled her to stop wheeping, instead put her chin up and “try to stand on your own feet. Get a job somewhere and support yourself and your two kids without having to wait for that man’s stinking bucks. He’s a hopeless brat to rely your whole life for. For heaven sake stop dreaming! For you’ll be deluded even more. Dengar tak Hema?”

Then she wept even harder,

“Tak boleh kaak..” sekali lagi geleng. ”Saya sayang dia banyak. I want him to change, want him to love me back.”

Apa lagi, aku retorted back in anger, “how can he simply love you when he got another one with better arse than you! That was very mean of me. Aku dah mabuk marah. Cakap pun dah sedikit vulgar, but I just couldn’t control my fury. Such a meek behaviour. Meek, meek, meek, meek! She really surrendered herself to be a loser! Too hopelessly devoted to a dumb idiot.

“How old actually are you?”

“Go find a job and sara yourself. You only have two kids. That makes thing lot easier. If you haven’t the nerve or guts to kill him than, leave him instantly!” Dia buntangkan mata.

See? I almost puked hearing those words. How about you, viewers. Menyampah tak?

“Hell I do. When my husband died, he left me with five kids, one in private IPT and another three facing prime exams. Two got through with straight A’s and imagine how much money I have to spare for their education wise and physiology needs? Then another one furthered her studies in the IPTA. As you know, PT is only adequate for their books and fees. And the youngest, still can’t get over the father’s death. There’s this uncountable time I had to witness her comatose on wet soaked mattress for crying her heart out missing her beloved dad.. Next morning only to gaze at those puffy eyes while swallowing my own unending tears. Every nite . Not a single nite missing Hema. How can a mother endured such scene that went on and on for years? Could you? But I’ve to be tough for her. And so do you. For the sake of your two beautiful kids. Don’t give a damn shit about yourself. Not a shit, remember? It’s ur kids should be given priorities to.”

Stunned, she was quiet for few seconds as if swallowing every words or the ‘sad’ story part.. And then when she unwrapped her mouth to continue I ‘Wi Max potong’ her,

“Let me send you back.” almost a command. Ponek dongar. She did obey without hesitant.

For weeks I didn’t hear from her. Then one afternoon she rang me up again.

Till now I still can’t believe thing that she begged and begged me to do for her.

“Other than that? Did he hurt your kids?”

To my astonishment she nodded. “And you? Did he penampar or penendang or sepak terajang you too?” again nodded. [What kind of a man she wants to sleep with? Help me God!]

“He hurt your kids, bagi you penampar and you desperately want to see this bomoh for the alasan that he denied any scene on bed with you. Is that it dear Hema?” I spoke so slow not to evoke my own anger.

“So this bomoh can mend your marriage lah?” really infuriated but still manage to speak modestly to her. My nature anyway. After all that’s the way to speak to mollywood yg sedang mabuk cinta dgn hubby dia. ..Come on everybody, let’s yakk again! This time muntah hijau.

After a serious thinking then I conclude,

“Well then Hema, there’s this bomoh in town. He may be able to solve case like yours just like that. In a split second everything’ll be back to it’s normal self. In a blink of an eye, I promise you.”

And beamed with such pleasure on hearing this splendid news.. Her critical problem gonna be solved in a minute. Yeahh..way to go!

“Balai polis. Jumpa dia orang dan lodge report about your husband’s wrongdoings, particularly to your kids. Consequently the court will decide your rights.”

What..?? She really nganga.

An Indian policewoman, another friend. Rang me. Tak nak bg tau nama. Kalau she views this blog abes aku. She wanted to pinjam money. Not much she said, just 500 bucks. Yeah right..not much..

You know what I told her..?

“You’re a policewoman and seems to me, you’re the exact person to ask for help. You go meet this boy in uniform ..[I gave her the name and address of the boy’s mertua, dekat deretan kedai di Batu Kikir.], asked from him my bucks that he still owing me. After two years he only paid me $1150 than vanished with the remainder $1950.00. That’s the address of his mertua. If U managed to get the money we split into half, you setengah dan I setengah. No need to pay back. Prove your credibility.” Till now never heard of her again Neither that boy.. Que sera..sera..it’s jest money anyway. Not much somehow... But friend such as that..? Just condone. Plenty more coming!

Of all the person you can shower your love to! Pity the children but surely not the wife!

But most Indian woman setia membuta tuli. They love the husband more than their children. Sometimes commit suicide and never think what happen to their young who are left without mother.

Something to do with the culture I guess. Mereka sembah suami dan menganggapnya Tuhan, jadi anak-anak sudah jadi secondary.

I understand those words written but don't worry, only a moron will enter a Malay blogger's column using Chinese words like that. He must be a very, very sick person.
An

I wasn't raised in the bullpens to fight with sort'f person as that. Backlashing him would be allowing myself to plunge into d same category as he is which he so exceedingly enjoy being in.

I believe in ALLAH swt.

Deleting is rather immature don't you think?

and how 'bout you, mature enaf not to turn around if someone sneers or turns his nose up at U,I'll say that ....total gibbxxxxx! 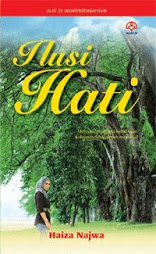